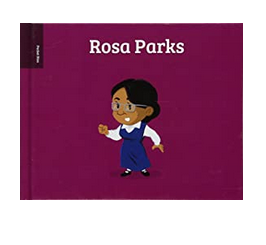 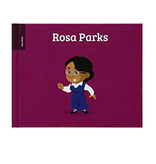 Rosa Parks, often referred to as both "the first lady of civil rights" and the mother of the freedom movement, was an American civil rights activist who started a movement when she refused to give up her seat on a segregated bus to a white passenger. Following her arrest for this act, she became an international icon of civil disobedience and resistance to racial segregation.

Pocket Bios are full of personality, introducing readers to fascinating figures from history with simple storytelling and cheerful illustrations. Titles include men and women from history, exploration, the sciences, the arts, the ancient world, and more.